Submission of the Ninth Report to University Rector Submission of the Ninth Report to University Rector

At the beginning of the meeting, His Excellency, the Rector welcomed the Dean of Faculty and Personnel Affairs and praised the vital role played by the Deanship at the University, and He expressed his happiness for the achievements accomplished in the past period. In response, His Excellency the Dean affirmed that the Deanship will proceed with the development of its technical structure and human resources to keep pace for attaining the vision of the Kingdom 2030.

During the meeting, His Excellency the Rector received from the Dean of the Ninth Annual Report of the Deanship for the academic year 1438/1439 AH. PSAU Rector was glad to see the information, statistics and activities presented in the report, and wished the Deanship all success and prosperity. 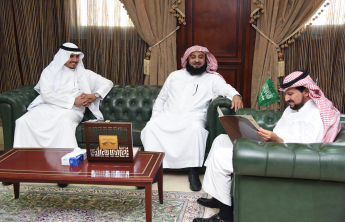 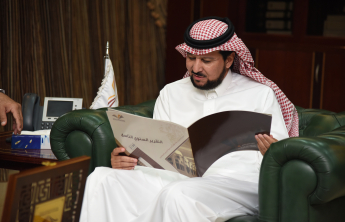